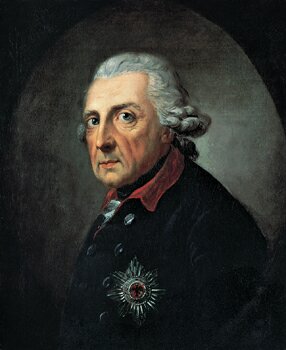 Irrespective of whether we function as a leader or as members of a team, on a daily basis we come face to face with a fast moving, chaotic,  high pressured and competitive world, in which every aspect of business becomes progressively more challenging. In this particular environment there is certainly no longer a singer leadership model that creates success. Today, operational leaders require a mixture of leadership behaviours, management competencies supported by ethics, values and a high level of emotional intelligence.

Mission Command is a doctrinal philosophy adapted formally by the British Army in 1987 from the Prussian concept of Auftragstaktik. This was a revolution in Prussian military thinking and leadership, developed after their shattering twin battle defeat by Napoleon at the battle of Jena and Auerstedt in 1806. This was devastating for the Prussians as they were renowned and admired for their success in Europe due to the leadership of Fredrick the Great.

Their defeat, only lasting nine hours, was purely down to their current methodology of centralised command, which was suffocating their ability. Consequently, they suffered 25,000 casualties from 130,000, against a French loss of only 5,000 from 56,000.  Their complex management system, i.e too many commanders with the same role, and rigid orders, inevitably slowed down critical decisions. It was only afterwards that they realised that their structure and operational tactics were not conducive to the unpredictable fast changing environment.

In follow up to this great loss, another great Prussian leader, Carl Von Clausewitz, critical evaluated why Napoleon was so successful. His time to think and evaluate was initiated whilst held in France for two years subsequent to his capture during the retreat from Auerstedt.  On his release and over the next few years he analysed the tactics, formations and psychology of war gained from his experiences as a staff officer in the Russian army and a mixture of senior positions back in the Prussian Army.  Unfortunately in 1831 this intellectual leader who had joined the military at the age of 12 died of cholera after he was sent to Poland to organise the containment of this disease outbreak.

All his reflections and recordings were eventually published in 1832 by his loyal wife into eight books of 125 chapters.  His book ‘On War’ is still cited in many global defence academies around the world today. Interestingly one of his renowned declarations was ‘war is an environment in which getting simple things to happen is very difficult, and getting difficult things to happen, is impossible’.

Some years later in 1869, General Helmut Graf Von Moltke (Commander in Chief of the Prussian Army promulgated and partly wrote the new Field Service Regulations.   The regulations explained that senior officers should ‘not order more than is absolutely necessary, but should ensure the goal is clear. Furthermore, it stated that in case of doubt, subordinate commanders should seize the initiative and exploit unexpected opportunities’.  This ‘invisible secret weapon’ developed by the Prussians delivered them victory in the return match with the French (now without Napoleon). He was most known for stating that “no plan survives contact with the enemy”, resulting in detailed command being replaced by improvisation with a guiding philosophy of alignment and autonomy to achieve the desired outcome.

The fundamental principle, was at each level of management, a leader would articulate a clear mission to his subordinates, complete with a unifying purpose to explain how his individual mission was to contribute to the business goal – in simple terms ensuring the subordinate could answer both “what am I to do?” and “why am I to do it?”. Importantly, the subordinate was not told “how” to achieve his mission; he was instead given resources at his disposal to do the job, and constraints, i.e. the “space” in which he was free to act, defined by limits such as time or geographical boundaries. The subordinate was free to manage and lead without reference to higher command, as long as his actions were in support of the broader organisational direction , articulated by the answer to the “why am I to do it?” question.

Overall the catalyst or the glue that holds Mission command together is culture, values and a high level of trust.

Stop Waiting For Permission to Lead